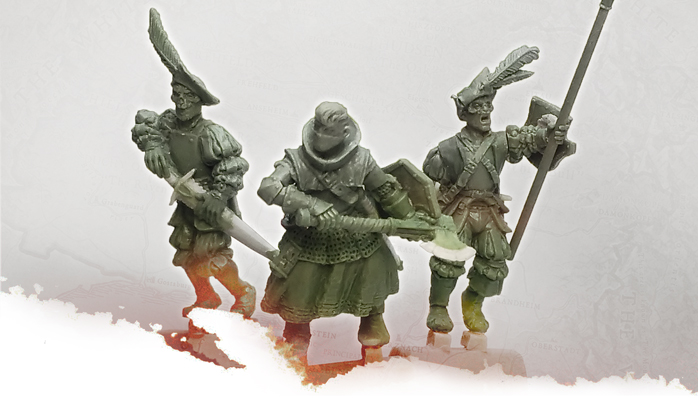 The Inquisition is an independent corp within the Ecclesia and its functions are well known. Many times the Inquisition has to persecute and judge severely. Acolythus are the lowest link in the hierarchy of the Inquisition. They must provide support of all kinds to their superiors, from interrogations, trials, combat or liturgy. As members of the Inquisition they are supposed to have the most ardent faith and the strongest determination to eradicate heresy.

The company of the "White Skulls" as these southern mercenaries are commonly known, is composed of warriors devoted to the teachings of the mythical San Tizian. Skiled soldiers who carry with pride as a sign of their greatness the skulls of the hardest enemies defeated in combat. What many people find a macabre trophy these valued mercenaries wear it with pride, wearing as a mask the bleached skulls of their prey. In such a way anyone can see the skill of the soldier, the novices who have not claimed any life yet cover their shame by painting the face as a skull. These mercenaries are sold to the highest bidder, however, they feel a predilection for fighting under the banner of Faith.